The Defense Orientation Conference Association (DOCA) is a private, non-profit organization. DOCA members support the efforts of the United States armed forces and officials at military bases around the world.

In addition, we repeatedly support the National Defense Universities (“NDU”) – funded by the United States Department of Defense, NDU facilitates high-level education, training, and professional development of national security leaders. Most recently, DOCA donated to the NDU located at Fort McNair, Virginia, to support their international exchange program with military officers from around the world.

Both of these appeared published by the defense visual information distribution service (DVIDS) and included pictures of our president presenting checks for MWRD and pictures on presenters, some very similar to what Lynn Boughey posted for our WEB page.

We have long sought to get local recognition of our presentations.

If any of you made this possible, please let the office know. 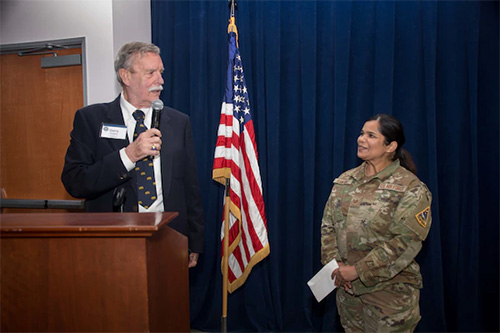 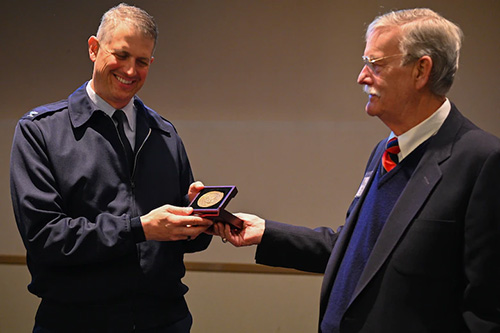